The gunas series was done, but it felt like some unfinished business was still there. The three gunas (sattva, rajas and tamas) are swirling vortexes of energy that can kind of run our lives. All of this turbulent energy, how do we recognize it, and how do we harness it’s power?

The gunas can feel nebulous because we can’t see them. Most of this world is focused on the tangible. It’s the in-tangible stuff, though, that makes possible the tangible stuff. These in-tangible energies, flying around us and within us, make a difference in how daily life goes, and in what happens to us (it’s exciting).

The gunas are important, and they shall be heard!

I read a parable that really awakened the gunas to me. Seeing them in action helped solidify the concepts. Instead of a story, let’s talk about a well known, popular substance (marijuana), and look at it through the lens of the gunas.

My Ayurved-ist gave me an excellent article on marijuana and the gunas. It helps explain the gunas in the context of a substance that stirs up all three gunas, in a predictable sequence. It makes for a nice illustration.

Marijuana is increasingly becoming a part of daily culture. My friend who lives in Colorado says the smell is omnipresent. And where it’s still illegal, it’s mostly decriminalized. States where marijuana is legal have yoga studios offering yoga classes where you practice high (just don’t try to do tree pose with your eyes closed).

So it’s around. And it’s fun. A little smoking allows for ease of socialization. It sparks creativity. It can even open doors to a new perspective.

There are a host of claims for the medicinal use of marijuana. It is known to provide life-changing relief for some. That is a bigger topic than this post. I’m talking to the recreational users.

Many people self-medicate with marijuana for depression, PTSD and anxiety. Pot is a muscle relaxant as well as a euphoria-inducing analgesic; that’s why we love it so much.

Why Each Dosha Smokes

Smoking pot can be a good time, pure and simple. But sometimes, our doshas have their own reasons for lighting up. A vata-predominant person smokes marijuana to calm down and decrease anxiety. A pitta person will smoke to suppress anger and to go into chill mode (counteracting a usual overachieving mode). Kapha likes pot to soothe deep-seated grief (Alakananda Devi).

The Gunas Interplay with Marijuana

The gunas are the energies of the mind. Sattva is harmony. Rajas is excitement and activity. Tamas is destruction and lethargy. Unfortunately, pot can get real tamasic, real quick.

We are looking at two things: how pot affects the body and the energies, and pot as an illustration of how the gunas work.

Phase 1: Marijuana starts out sattvic in nature. We feel euphoric and at peace. We marvel at the world. We live in the moment. We flit around with a merry flute.

Phase 2: Then we become rajasic. We feel ready to tackle a Big Project. We may have to create; to work on our passion. We run around with our friends. Or we paint/clean/organize the entire house. We get on a roll.

Phase 3: Smoke for too long and tamas creep in, all sluggish, overeating, sex maniac. 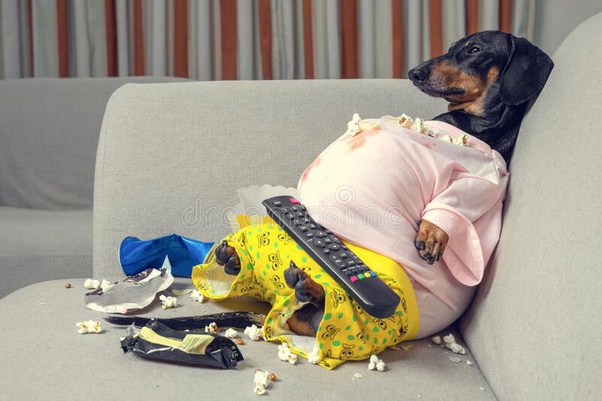 It totally sucks to be self-aware going through these stages and recognizing them go by. You watch it happen. It’s like, “meh”. Here we go again. Knowledge of the gunas at work allows for clarity, which gives us the ability to make informed choices. We can work on being intentional and playing the long game.

India has had pot around for thousands of years; it grows all over the place there (“weed”). This has contributed to it’s reputation as being “sacred”. And I am not trying to knock it. But because pot has been around forever in India, Ayurveda knows a thing or two about how it works, and what effect(s) it has on people. Ayruvedic practitioners are well-aware of the down sides of frequent marijuana use.

Per Ayurveda, marijuana has “significant physical, emotional and spiritual consequences”.

Marijuana is a known liver toxin. It basically causes chronic, low-grade hepatitis (inflammation of the liver). The liver is important because it is meant to filter out toxins for us; if it is busy dealing with marijuana toxicity, it can’t fully do it’s job.

The vata dosha is dry and airy, so pot aggravates vata. The dry smoke delivery of pot into the lungs (even if vaporized) increases vata in the body. Vata is likely to already be increased (imbalanced) in most of us, so hyping it up further doesn’t do us any good. Marijuana is very drying to the whole body, not just the lungs. Smoke and it’s like all the moisture has been sucked out of the world.

Chronic marijuana use can de-motivate a person. We know this. But it can also lead to emotional withdrawal. I find the emotional withdrawal part especially pertinent with young children at home. My partner is my best friend and not going anywhere, but the kids need my emotional presence for many hours of the day.

Marijuana may not be physically addicting (although I feel like the jury is out on that), but it can be very habit-forming, and habits are the stuff of life. We smoke, then we wake up the next morning irritable and/or depressed (tamasic) and we are more likely to smoke again. Getting high becomes a positive (negative?) feedback loop of relief from anxiety, depression, boredom, what-have-you, only to deliver you back there in the AM. Unsustainable.

What’d They Say Back in the Day?

Ancient Indian sages stated that marijuana was for renuncients only (priests and nuns), and not for the householder. It was meant for use during fasting and other super-austere stuff. Householders are people who work in the world, have friends or kids and the like. Pets. Pot was deemed no good for those people (me).

It makes total sense that we would seek out substances that are a direct route to sattva. Using something outside of ourselves, we can get into that state with no effort. Unfortunately, it doesn’t last, and we have to pay the piper when our gunas react.

When we find ourselves in a non-sattvic state, we can remember that it’s temporary. We can take steps to bring sattva around. If we feel that rajasic wave of anxiety, we can ride it out. The nature of the gunas is that they change. Even sattvic states are temporary. Putting a band-aid (marijuana and the like) on an uncomfortable state with a tamasic substance will serve to further wack out the gunas and dig us in deeper.

Marijuana is a sacred plant of Shiva, but moderation is key. The article I was given, written with us Modern Adventurers in mind, said it’s fine to indulge once a month; that this amount won’t cause any detrimental effects. I guess we all have to decide for ourselves. #ayurved-ish

Next up: That Thing you do. Daily.